i wanna be yours – Poem Analysis

‘i wanna be yours’ is a humorous poem by John Cooper Clarke, which explores the infatuation of the narrator with their romantic interest.  John Cooper Clarke is a performance poet who first released several albums in the 1970s and 1980s, becoming known, through this work, as a “punk poet”.  He was originally inspired to write poetry by his English teacher.

This poem is part of the Relationships Poetry Anthology for the Edexcel English Literature GCSE.

‘i wanna be yours’ Context

The title of the poem has clear meaning, with the narrator proclaiming his desire to be in a relationship.  The title is also repeated throughout the poem, helping to emphasise this desire.  Notably, the title is written in lowercase, helping to draw attention to the form of the poem.

‘i wanna be yours’ is seen to be part of the genre of ‘social realism’, which focuses on giving the reader or audience a true appreciation and understanding of what real life is actually like.  The everyday and humorous references throughout this poem help to conform to this genre, and arguably demonstrate the way that love has the potential to impact the entirety of someone’s thoughts.

The poem also appears as the final song on the Arctic Monkeys album ‘AM’ as a result of the band’s singer Alex Turner being inspired by the poem while at school.  Only minor adjustments to the original lyrics have been made to help it conform to the typical structure of a song, which is available on iTunes and Spotify.

‘i wanna be yours’ Analysis

“I will never rust”

The self-assured “I will never” may strike some readers as childlike, particularly those that have experienced relationships that have transitioned from passion to breakdown.  The imagery of “rust” is also very strong, allowing a reader to appreciate a somewhat physically degenerating and dehumanising picture.

“You call the shots”

This cliché helps to reiterate the narrator’s obsession for their romantic interest, demonstrating how it has become all encompassing, to the point that they would give up their choices (and maybe even personal identity) in order to continue to be with this person.  Using “You call the shots” is also interesting because of connotations of warfare and conflict – and controlling a situation, perhaps indicating to the reader that the narrator is least likely of the two to breakup the relationship.

“I wanna be your raincoat”

The use of the slang term of “wanna” helps the poem conform to the social realism genre, and makes a more natural and humorous feel to the poem.  This is likely to feel more personal to the reader, and as such more truthful as there is a lack of language to ‘hide’ true feelings or intentions behind.  It may be particularly effective for readers from Britain or other countries in which rain is a significant part of normal life.

The poem concludes with a largely childlike repetition of “deep” with a metaphorical comparison to the “Atlantic ocean”.  Used to represent their love and devotion, the narrator repeats the phrase in a way which some readers may find strange and bordering on bathos.  Notably, the Atlantic Ocean is not as deep as the Pacific Ocean.

Themes in ‘i wanna be yours’ 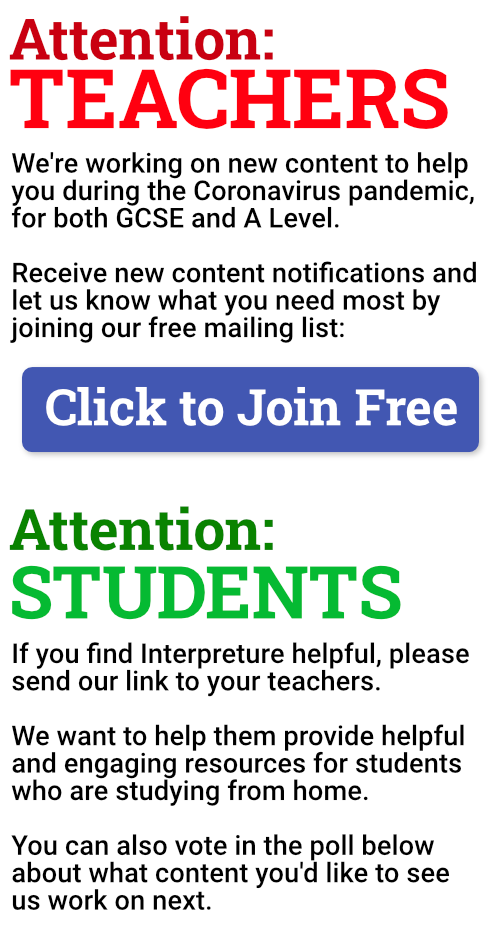