Thank you to our Patreon Supporters

Consonance is a literary device in which there is repetition of similar consonant sounds.  It is a specific type of alliteration.  Frequently used sounds include ‘ck’ ‘t’ or ‘p’.

Consonance also differs from assonance, which is the repetition of a vowel sound in a word, sentence or phrase.  Other related techniques include dissonance, sibilance and plosive consonants.

Carol Ann Duffy uses consonance in ‘The Map-Woman’ in order to create a link between two stanzas and emphasise a point.

“found that what was familiar // was only façade”

These two lines are separate across a significant break of two stanzas, however the enjambment combined with the use of consonance with the ‘f’ sound helps to maintain a link and continue the overall tone and rhythm of the poem.  This ensures that Duffy can maintain the fundamental structure of the poem, while linking two important aspects together.

Consonance is also utilised in the last line of ‘History’ by John Burnside (Poems of the Decade), helping to emphasise emotions and make the conclusion of a moving poem even more memorable.

“patient; afraid; but still, through everything // attentive to the irredeemable”

The whole phrase comes across as relatively repetitive due to the multiple syllables in “attentive” and “irredeemable” and consonance of the ‘t’ ‘d’ and ‘th’ sounds.  These sounds could be interpreted by some readers as either sounding similar to gunfire, or showing the extent of the emotion overcoming the narrator that the words are beginning to sound ‘shaky’ and unstable.

What is a Cliché?

What is a Semantic Field?

What is an End-Stopped Line? 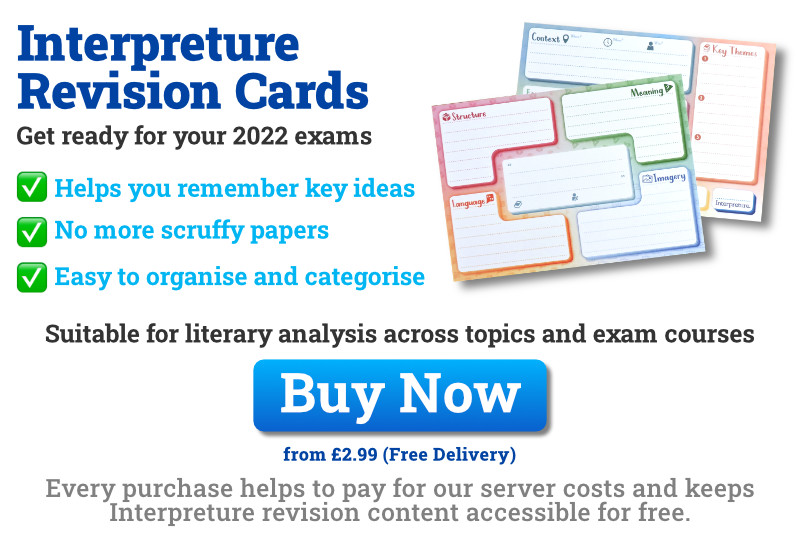